The only Thai artwork Andreas Dettloff could find in Tahiti was a small puppet from Chiang Mai. He bought it in a Chinese store in Papeete, gave it the face of a Marquesan Tiki and brought it back to Thailand. The Tiki is a very popular image from ancient Tahiti. 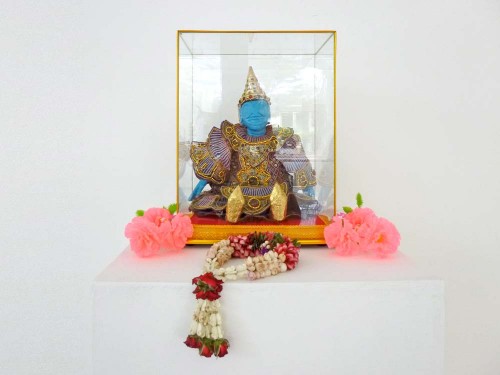 „Polynesian dancers“ is a series of X-ray shots showing persons having spine distortion due to scoliosis. Their bones are tattooed. They look like as if they’re executing traditional Polynesian dances in their lightbox. 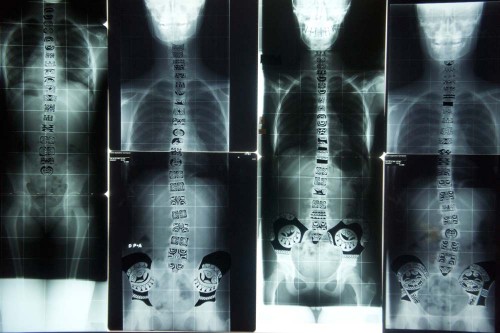 „Tahiti meets Thai“ is a more experimental artwork based on the traditional tahitian dress for women, also called „missionary frock.“ Andreas Dettloff brought one with him and asked Bunny, a talented student in Nakhon Pathom university to make a similar dress out of typical Thai fabric. The two dresses are on display on female dummies. 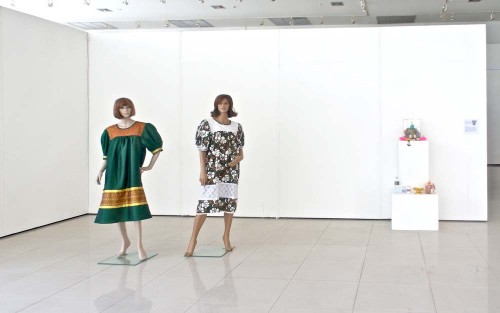 „Show me your identity“ is based on a black and white etching by 16th century italian artist and anatomist G. Casserio who shows classical figures discarding delicately their skin to show the inner organs of the human body. Stomach and bowels are replaced by a video projection of colored patterns, symbols of human communities, always changing. 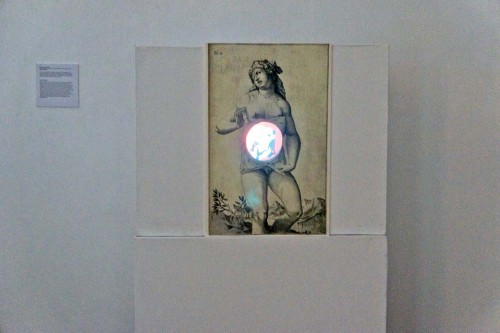