Mu Yunbai makes ink drawings and woodcuts at his home in Lashihai, near Lijiang, in the Yunnan Province of Southwest China. Lijiang is China’s top tourist destination. Mu Yunbai’s work and life puts him right into the process of exoticization by tourism in this part of the world. 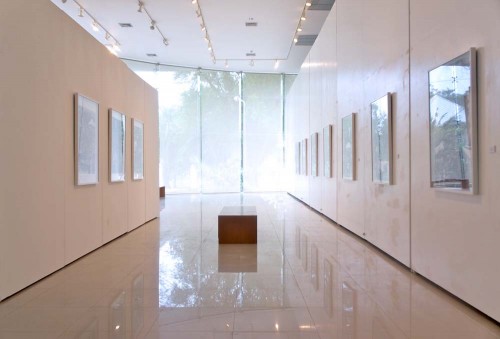 „The Artists Studio“, an ink drawing from 2006, the first in an ongoing series confronting what he saw in middle of Lijiang’s old town, by then a triple UNESCO World Heritage site (cultural, natural, and intangible desingations) and already a destination for millions of tourists each year. The quiet street where he had opened his shop more than a decade earlier had become the main bar street in Lijiang, with Mu Yunbai and his work at the center of the spectacle. The drawing’s point of view looks out toward the street from the back of the tiny studio. The tourists suddenly appear as spirits in the underworld. Chinese characters, cameras, personal effects crowd together in a density of connotations. Not dense enough for Mu Yunbai, he fills up the margins of the drawing with his thoughts at the time. In this case he had been reading Kafka and writes about repression and meaninglessness, on how things change with absence and repetition. The spectacle of his daily life found a composition, a language, and a method of recording the ever increasing strangeness of the events around him. 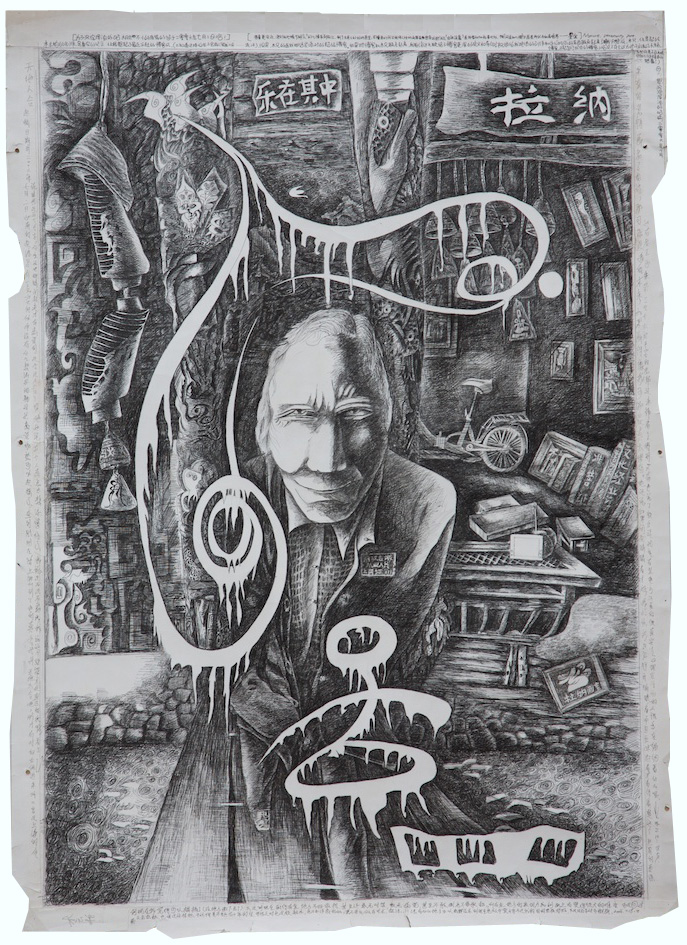