For centuries, as far as we can dive down to the depth of human history, blood has been shed on to the earth for mainly two reasons: One is Pride (involving the concept of superiority including nationalistic ideas), the other is through the Religions… 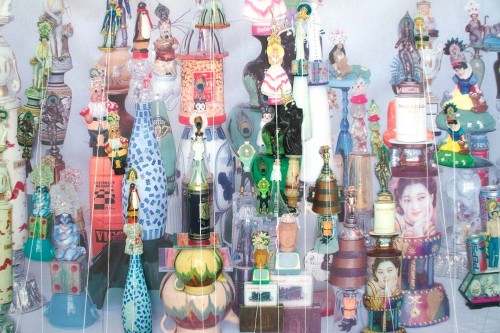 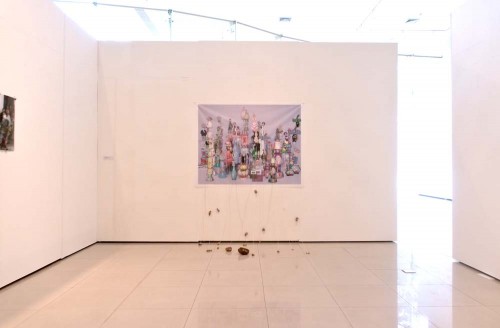 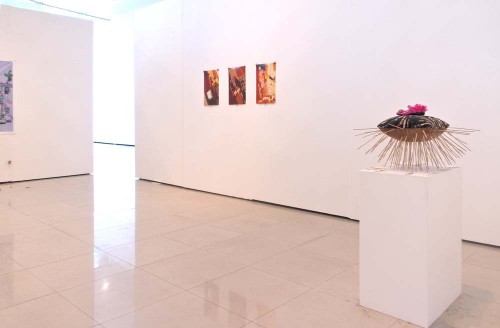 The Wolves of Cabiria (Hommage to Federico Fellini) Stills from the performance , 2009  – SAL Nakhon Pathom 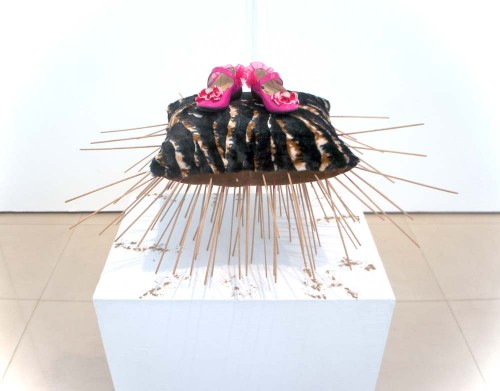 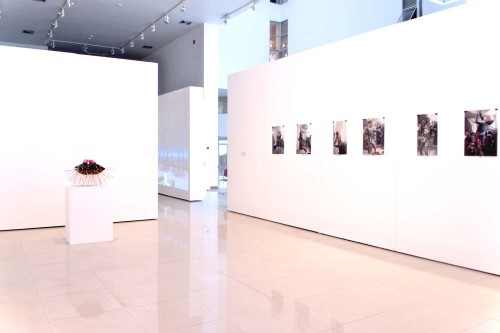 Misbelievers and sacred Values: The Circus of the Imbecils, Photo stills from the performance , 2012  – SAL Nakhon Pathom 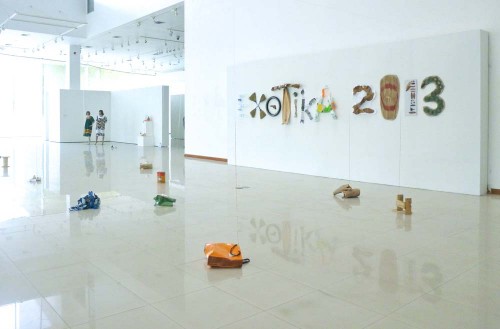 A space for Hearts – (in front) Installation with String, beads and trash, 2013  – SAL Nakhon Pathom 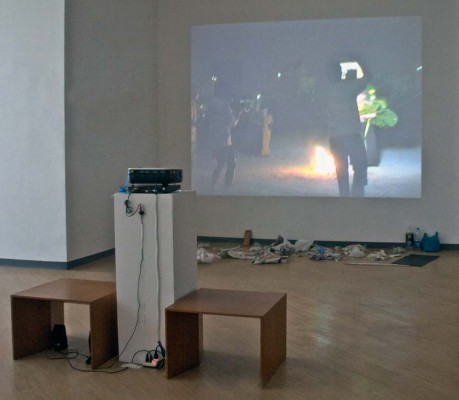 One could say that those two reasons make one,  both united by our stupidity. The space I intended to represent here is the space that stands between earth and heaven, between my feet and my brain, in the middle of which  stands my heart,  your heart, our hearts and other’s hearts… We have constantly and culturaly been told that goodness and generousity comes from the heart and  since, we have been torn apart between the purity of the soul and the foul of the physical, even though more fascinated by the lowless of our lives than our true potentiality of our brain, and always we have been dissociated  with the animals,  but is there something that makes us more important than other living being in the Universe? Because we „think“, like Descartes says. What do we share, what do we respect, what do we do to get ourselves away from the dirt and trash we are producing? Do we have to go through extreme stances and pain to obtain illumination, salvation or any of the so called promised Paradise? Isn’t „thinking“ a form of disease due to some degree of „intelligence“? What kind of intelligence mirrors our behaviour on Earth? If one “ thinks“ so well, why are we working so hard on destroying ourselves and our environment? What makes one believe that he or she could be better than anyone else, more faithfull, more righteous or even chosen by God? Why can’t we simply follow the existing written words of the gods? It seems that nobody wants to understand…

What we indeed follow are what seems to be Orders taken from the holly scriptures chosen by worthless men or women that will reflect our egoistic and egocentric thinking and way of living, distorting those scriptures in such ways that they become the only truth to follow and the only voice of the Gods, blind as we are not to decipher the imposture… It’s so much easier to follow these commands, to believe being part of the true followers, than to try bringing some meaning on the written words by our own kindness and under-standing, for, of course, one would need to doubt, to think by oneself  ( which doesn’t mean without any help), to reconsider the faith of our ancesters, and even reconsider these sciptures acording to our heart and pushing the walls of our alienation even further more…

The presence or knowledge of the Gods is a personnal quest of the heart, not the one of an entire population, even less something that should concern the past. Hell with the everlasting love of a god that nobody realy wants to follow, hell with the omnipotency of a god that cannot be STRONG enough to stop people killing each other, hell with putting up a show with prayers at the face of people and seconds later, doing the worst when turning their heels on them! If we want to change the world, we have to radically change ourselves and we have  to do it without compromises and weakness; I strongly believe that there is no more time to spare the feeling of our beliefs, but again, this is just a belief…

Misbelievers and sacred Values: The Circus of the Imbecils, Photo stills from the performance , 2012  – Galerie Nord Berlin

The Wolves of Cabiria (Hommage to Federico Fellini) Stills from the performance , 2009  – Galerie Nord Berlin

Misbelievers and sacred Values: The Circus of the Imbecils, Photo stills from the performance , 2012  – Galerie M Berlin